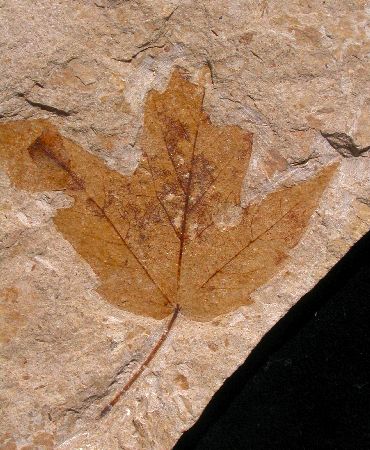 Knobloch (1990) wrote that this name should not be used because it is already in use for an living species. Is is very improbable that a species as this one still exists after 30 million years. He proposed the name Acer tricuspidatum.
An Acer leaf is easily recognizable by the three lobes. The sidelines of middle lobe run initially parallel. The side lobes are not strikingly elongate. The fact that the maple leaves are often somewhat damaged shows that the leaf was not leathery. The leaf has a long petiole which is however often missing. The leaf is dentate all around. Not rare.