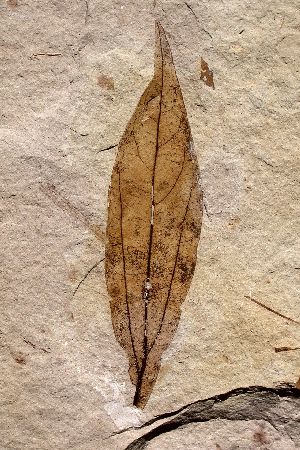 Resembles the preceding species very much, but the leaves are much narrower. That's why the two side veins nearly parallel the leaf border. Moreover these two veins do mostly not branch off in the same point. The petiole is passing very smoothly into the leaf blade.
Very common fossil. It is sometimes impossible to distinguish it from the preceding fossil. Perhaps it is better to combine the two species to one: D. polymorphum .