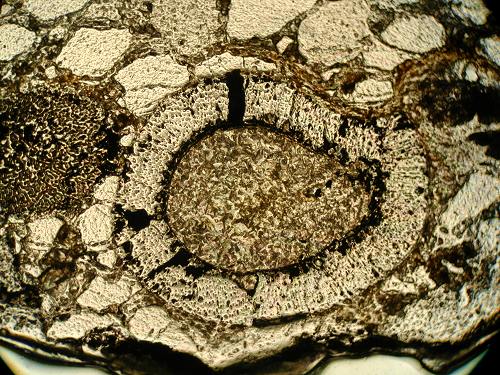 Pachytheca amongst grains of sand

The black line in the upper part looks like the 'reproduction channel' shown in the restoration. But it could well be an accidental damage.
The black spots at the base of the cortex were formerly seen als small bodies. They were called 'the oval bodies of Barber'. However, they are due to an optical illusion. In the transitional zone the strongly curved tubes of the inner zone merge into the radially oriented tubes of the cortex via a kind of network. The 'meshes' of this network seem to be dark objects.